Group Bhd is disposing of 25 aircraft to US private investment firm Castlelake LP in a deal worth US$768mil (RM3.22bil).

Castlelake will also purchase four new aircraft that will be delivered to AirAsia in 2019, the airline said in a statement. The 29 planes – Airbus’ A320-200ceo and A320neo – will be leased back to AirAsia. 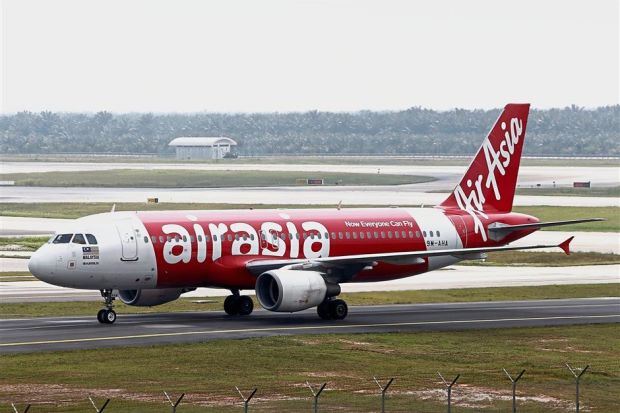 Asset monetisation: A file picture showing an AirAsia Airbus A320-200 plane arriving at KLIA2 in Sepang. AirAsia says its deal with Castlelake marks another move to monetise its assets. — Reuters

Asia also said AACL had entered into a sale and leaseback agreement with Castlelake for the proposed sale and leaseback of four new aircraft in 2019 for a purchase consideration to be determined at a later date, depending on the final date of delivery and price escalation adjustments of each aircraft.
It said proceeds from the disposal would mainly be for the repayment of existing debt and to defray estimated expenses for the proposed transaction.
“The board believes that the proposed transaction is in line with AirAsia group’s strategy to focus on its core airline operations, while allocating resources within AirAsia group in a more efficient manner.”
“With the proposed transaction, AirAsia will be able to preserve its existing funds for its future business and provide a stable platform for AirAsia to expand its route network, without the financial commitment of owning aircraft which are capital intensive in nature and/or undertake new and appropriate investment opportunities to maximise shareholders’ returns.”
Following the proposed disposal, AirAsia said its gross gearing ratio is expected to fall from 0.53 times to 0.24 times.
“The proposed disposal will also improve AirAsia’s position by strengthening its shareholders’ funds. This provides AirAsia with the opportunity for more tailored capital management initiatives.
“The proposed transaction allows AirAsia to establish a long term partnership with Castlelake, a global alternative investment firm which has strong experience in the aircraft leasing industry.”
Barring any unforeseen circumstances, AirAsia said the proposed transaction is expected to be completed by the second quarter of 2019.
The transaction between AirAsia and Castlelake confirms a report by Reuters earlier this month that both parties had indeed struck a deal.
“The deal underscores the strong appetite of funds to invest in the global aircraft leasing sector, which is benefiting from growing demand on the back of a rise in low-cost carriers and passenger traffic,” it said.
The carrier is cashing in on a booming leasing sector after ordering hundreds of Airbus SE planes at bargain prices in recent years to become one of Airbus’ biggest customers.
Castlelake, a global fund focused on alternative investments, has been stepping up its exposure to aviation assets.
In June last year, it raised US$1bil from investors including family offices, sovereign wealth funds, endowments and pension funds.