Can’t Christmas be for Muslims too?


Can’t Christmas be for Muslims too?

PETALING JAYA: Giant Christmas trees light up Malaysian malls, children line up to meet Santa Claus in his snowy grotto and marvel at the snowmen and reindeer.
Originally a way of brightening the dreary, dark and freezing north European winter and driving the gloom away, mid-winter festivals have cheered people for centuries.
Tropical Malaysia, not known for its snowy winters, enjoys Christmas as much as the shivering northern tribes and the rest of the world do. Not as a religious festival but as a time to celebrate the promise of better weather with friends and family. And some time off work never goes amiss. Religion is really just an optional extra nowadays.
In fact the passing of midwinter, marked by the shortest day (December 22, this year), was a cause for celebration long before Christianity usurped it for its own festival. 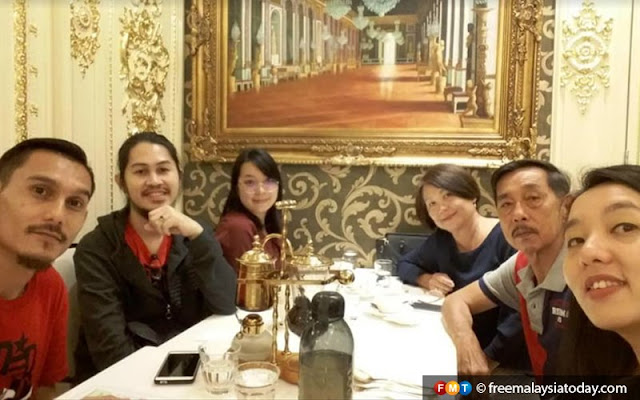 Melinda Wong (third from left) with her family during a gathering.
The festival, sometimes called Yuletide, marks the German feast of the winter solstice, the coldest, darkest time of the year.
Trees that remained green at this time were very significant to pre-Christian people. The Christmas tree remains a focal point for modern family celebrations.
Christmas is an increasingly secular holiday around the world enjoyed by billions, with the emphasis being on delighting children at family get-togethers. For some it remains a Christian religious festival.
Jesus is of course a prophet of Islam, so celebrating his notional birth date ought not to be frowned upon by the faithful.

Despite its Christian origins, many adherents of other religions including these Muslim converts believe that a change of religion shouldn’t stop people from celebrating the joyous occasion with their family.
Marketing executive Melinda Wong, 30, who converted to Islam in January 2017, believes that Christmas is about bonding with family members normally separated across the world due to work and other commitments.
Experiencing Islam for eight years before marrying her husband, Wong told FMT that Christmas should be celebrated by all races and religions in Malaysia, not from a religious perspective but as a festival of harmony.
“Christmas may be celebrated by Christians worldwide, but it is also about family and friends gathering and spending time together. Muslims celebrate Hari Raya, or Eid, and invite people of all religions to celebrate together, so why would Christmas be any different?” she said.
Wong said her family’s tradition at Christmas has always been simple. They gather together and enjoy good food before exchanging presents as a sign of appreciation for one another.
“My parents live in Perak and my younger sister works in Singapore so we don’t see each other much. Christmas is one of the holidays when we’re able to get together as a whole family,” she said.
Mohd Farid Abdullah who embraced Islam 44 years ago, said he still looks forward to spending Christmas every year with his family and his non-Muslim siblings. 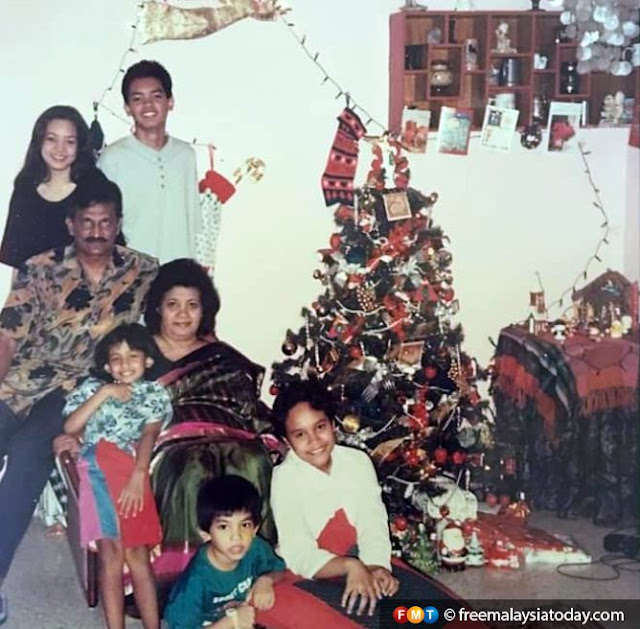 “Every Christmas Day, I take my family to my sister’s house in Damansara to celebrate with them. This has been our annual routine ever since I got married and had kids. Even now, my grandchildren are part of the tradition too.
“I love seeing my grandchildren happy, especially when they help their aunt decorate the tree and put the presents underneath. This is not religious, just a wonderful family tradition,” he told FMT.
Looking back, the 79-year old retiree said that there was never any hostility or resistance from his Christian family when he converted. He admitted however that there were a few awkward moments during the process, especially concerning meals.
“It got better year by year especially when we had our kids. My advice to new converts is to always stay positive. It might not be easy at first, but the love and understanding of your family will always carry you through in the end,” he said.
Clement Loh, 31, said his decision to embrace Islam didn’t encounter much resistance from his family. 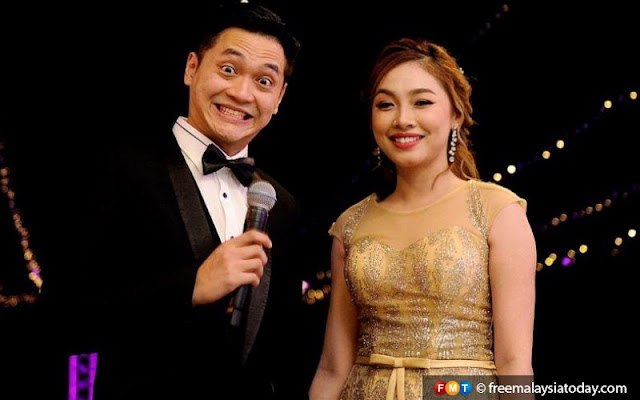 Clement Loh and his wife at their wedding reception.

The Sabahan, who converted in 2017, nine months before he married his Muslim wife, said that he faced more challenges from the wider society than his family.
Loh, the second child of four siblings, was the second to convert to Islam, following his younger sister. This year he will be flying off to Kota Kinabalu, Sabah, with his wife to spend his second Christmas as a Muslim with the entire family.
He said he always looks forward to the reunion. Following a feast of fresh Sabahan seafood, the family usually shares coffee in the garden.
“Some Malaysians tend to be judgmental, especially if it involves the colour of your skin. Some even ask if I am a Malay now that I’ve converted. They are always curious and tend to ask me why I have never changed my name since embracing Islam.
“I treasure my name as it was the first gift from my parents, who nurtured and raised me to be who I am today. We may change our religion but it does not change our roots,” he said.
“In most places, a name is treated simply as cultural lineage and has nothing to do with a person’s religion. We should understand that race does not dictate religion.”
These converts all agree that Christmas is about forgiveness, giving and love for all humanity. All Muslims, whether born or converted, should be able to relate to that.
As even the most irreligious of us joyfully sing at this time of year: Goodwill to all mankind.