CARDS ARE NOT RELATED TO CIMB SAID BY CIMB

It has come to our attention that CIMB has once again updated the FAQ document that the banking institution has released alongside the official statement regarding the implementation of the new security features on CIMB Clicks. This time, the document has finally covered the unauthorized PayPal transactions by CIMB debit cards which have also been talked by many netizens for the past few days.
Through the latest revision, CIMB has confirmed that the issue faced those unfortunate customers are not related to CIMB Clicks. The bank further stated that there was no increase in unauthorized transactions on its debit cards and things were apparently running normally.
Additionally, CIMB has also pointed out that funds that were involved in any irregular transaction will be returned to customers within 14 days provided that they have gone through the verification process. Here is a screenshot of the said section for easy references: 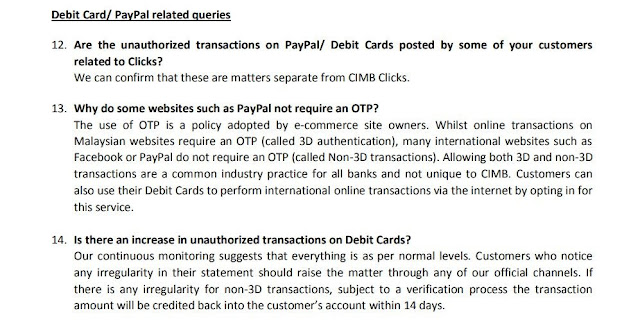 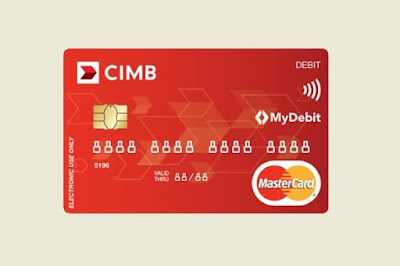 Meanwhile, the Commercial Crime Investigation Department of Royal Malaysia Police (PDRM) has advised consumers that were affected by the issue to come forward and report it to the police. We also recommend you to file the report as well; on top of the reports that you might have made to CIMB and PayPal.
(Source: CIMB – pdf)