Japan open test for more foreign workers but will Japanese accept them?

WE NEED TO LOOK AFTER OUR OWN’: JAPAN’S TROUBLED RELATIONSHIP WITH IMMIGRATION FACES TEST WITH GUEST WORKER PROGRAMME 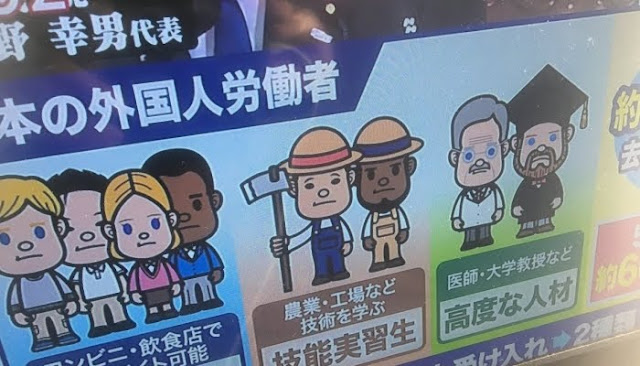 Ken Kato has been a lifelong supporter of Japan’s ruling Liberal Democratic Party, but says his faith in its good judgment has been tested by a new law passed earlier this month that could open the nation’s doors to hundreds of thousands of foreign workers.
Despite the insistence of Prime Minister Shinzo Abe that Japan needs an influx of workers from overseas to make up for a severe labour shortage – which will only worsen as the nation’s birth rate contracts and its population ages – Kato is far from convinced. 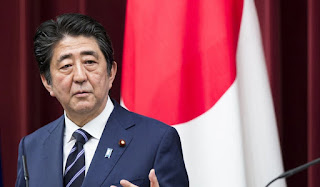 “The government has bent far too much to the demands of the business lobby when the economy is strong, but we all know that the economy will not always be this strong and we will find ourselves with thousands of foreign workers and not enough jobs for Japanese people,” he said.
Kato is among the 55 per cent of people in Japan who are opposed to the new law, according to a poll by the Mainichi newspaper on December 17.
The issue is so contentious that it appears to have put a dent in Abe’s approval rating, which stood at 37 per cent after the law was passed – a four percentage point decrease.

‘Pollution by tourism’: How Japan fell out of love with visitors from China and beyond

But this has not dissuaded the prime minister, who defended letting up to 345,150 foreign workers enter the country over five years by saying the situation “requires immediate attention”.
“The entire country is short of workers and the new system is needed for talented foreigners to further contribute to Japan,” he said at a press conference.
Japan’s unemployment rate is at its lowest in 25 years, while job availability has risen to its highest level in more than 44 years, meaning there are now 160 jobs available for every 100 people seeking employment. 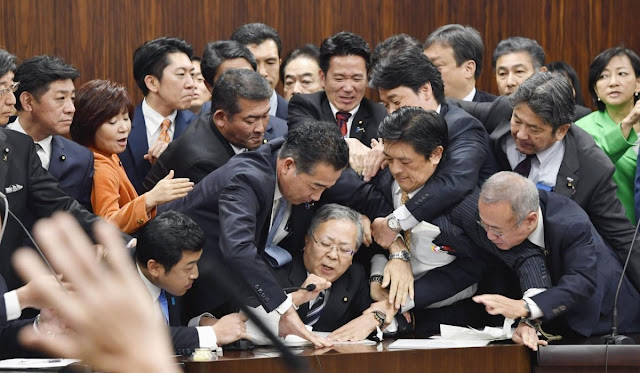 The new legislation could certainly help plug this gap between supply and demand. But a look at the mixed results from an earlier scheme designed to encourage foreign workers sheds light on why many are concerned.
The Technical Internship Trainee Programme, which started in 1993, was initially described as a way of helping people from developing countries learn new skills that they could use when they had left Japan.


It was soon criticised for loopholes that permitted companies to abuse its terms, paying far less than the legal minimum wage, making workers put in unpaid overtime and providing them with sub-standard accommodation and working conditions. Some 22 foreign trainees died in work-related accidents between 2014 and 2016, while conditions were so bad at a number of work sites that the trainees fled. 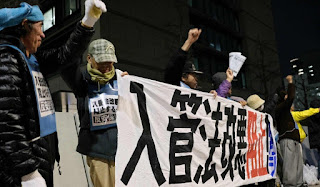 Protesters held a rally against the bill in December

Conscious of public opinion and the fallout from its previous attempts at bringing in more foreign workers, the government has outlined a number of initiatives that it hopes will help migrants assimilate into Japanese society more smoothly.
These include establishing consultation centres in all of Japan’s 47 prefectures and providing help with things like setting up bank accounts, securing accommodation and arranging mobile phone contracts. 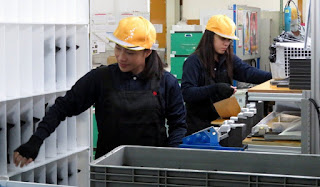 Employers will also be required to provide evidence that they have no links to organised crime, have never previously forced workers to resign, and are committed to paying salaries that are equivalent to those of Japanese workers doing the same tasks.

If foreign workers are happy and comfortable in their new lives, the thinking goes, then there is less likelihood of friction with their Japanese neighbours and work colleagues. But is that enough?
“It is good that the government is setting up consultation centres and will help foreign workers to open bank accounts and so on, but we want them to do more to protect the rights of people in their workplaces and in broader Japanese society,” said Kosuke Oie, a member of the Japan Federation of Bar Associations’ committee to address issues concerning foreign workers.

‘That racism is still there’: film to relive slaughter of Koreans after Japan’s Great Kanto earthquake

Oie and his colleagues are concerned that the new system risks repeating the same mistakes as the old, while also being open to exploitation by unscrupulous brokers if the hiring of overseas workers is left entirely to the private sector.
The five-year limit on workers’ stays in Japan comes with its own set of problems, too. 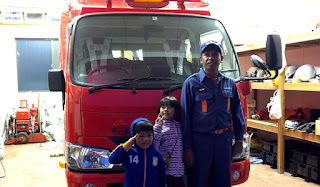 “We don’t want to be in a situation in which we treat foreign workers well but then, when the economy suddenly shrinks, we force them to leave again,” he said. “We need to have objective and transparent rules in place.”


Given that the legislation has already been enacted and the scheme begins on April 1, some say there’s little that can be done now to change course.
“There are people who are going to be frightened of foreigners talking in different languages, being a little louder than Japanese normally are and forgetting to put the right rubbish out on the correct day, but the government is trying to focus on the positives and I think we should too,” said Jun Okumura, a political analyst at the Meiji Institute for Global Affairs.
“The government may not have spun this issue quite as positively as [it] could have done and that has fed into the negative feelings in the media and among ordinary people who fear foreigners in their midst, but I believe these are going to be hard-working people who want to come here to earn some money for their families and their futures, not the sort who are going to rape our women and kill our taxi drivers.”

Kato, who owns a business selling Buddhist religious items, still isn’t convinced.
“When we look at European countries – France, Britain, Germany – that have let in tens of thousands of immigrants from other countries, other cultures, I think the danger is clear,” he said.
“We have to be worried about extremism that could be a threat to the security of Japanese people and the examples of other countries should teach us something. We need to look after our own first and foremost.”