KUALA LUMPUR: The Immigration Department is in the process of deporting and prosecuting illegal immigrants in the country to prevent congestion at immigration depots.

Immigration director-general Datuk Seri Mustafar Ali said it is also to prevent the government from incurring higher spending costs at immigration detention depots when the number of illegals detained increase.

“I can say from the more than 9,000 illegal immigrants who are in our detention depots only over 5,000 illegals have been deported and charged in court.

“In addition to completing the prosecution process quickly, there are certain parties who have asked us to slow down on the crackdown on illegal immigrants because the detention depots were full of illegals who have been detained,” he told a press conference after immigration enforcement operations in Jalan Loke Yew, here, early this morning.

He said 46,000 illegals had been detained nationwide since the beginning of January until last night.

Mustafar said despite opposition and criticism, the department would not stop the immigration enforcement operations to curb foreigners entering the country illegally.

He said enforcement operations would be carried out on a daily basis nationwide and there would be no compromising with offenders. 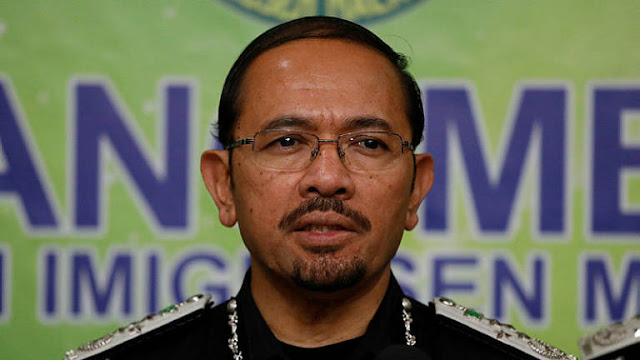