triona Gray from the Philippines claimed the Miss Universe crown for 2018 on Monday, beating contestants from 93 other countries.
The 24-year-old Filipina-Australian pipped South African Demi Leigh Nel-Peters for the top spot, becoming the fourth Filipina to bring home the coveted title. Miss Venezuela, Sthefany Gutiérrez, rounded out the top three at the contest in Bangkok. 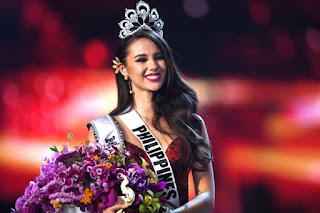 Ahead of Monday's final, much attention was on Miss Spain, Angela Ponce, the first transgender contestant in the competition's history.
"I'm competing because it's what I've wanted to do since I was a little girl," Ponce told Time ahead of the competition. "I'm showing that trans women can be whatever they want to be: a teacher, a mother, a doctor, a politician and even Miss Universe."
Unfortunately for Ponce, however, she failed to make the top 20.

Thailand's own Sophida Kanchanarin made it to the final 10, to huge cheers from the home crowd, but did not progress further.

Miss USA, Sarah Rose Summers, did make it to the finals -- but only just, and was eliminated before voting got down to the last 10.

Last week, Summers sparked an online backlash when she posted a video commenting on the English-language abilities of two contestants.

In a live Instagram video -- denounced as "condescending" and "xenophobic" -- the 24-year-old said Miss Vietnam H'Hen Nie is "so cute and she pretends to know so much English and then you ask her a question after having a whole conversation with her and she (nods and smiles)." 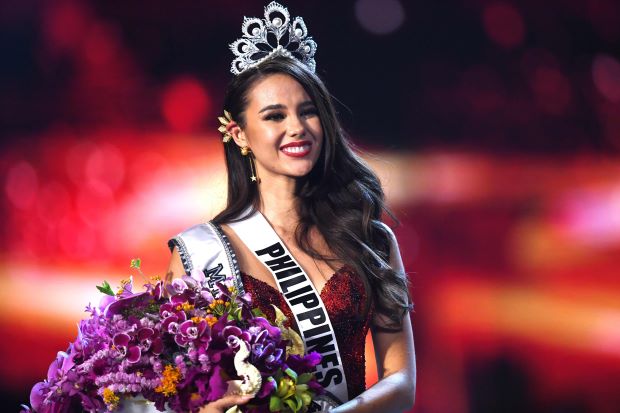 Later in the video Summers appeared to express sympathy for Miss Cambodia, Rern Sinat, who she said, "doesn't speak any English and not a single other person speaks her language."
"Can you imagine? Francesca (Miss Australia) said that would be so isolating and I said yes and just confusing all the time," Summers said. "Poor Cambodia."
Responding to the backlash in an Instagram post, Summers said Miss Universe was "an opportunity for women from around the world to learn about each other's cultures, life experiences, and views."
"In a moment where I intended to admire the courage of a few of my sisters, I said something that I now realize can be perceived as not respectful, and I apologize," Summers said, alongside a photo of her embracing her fellow contestants.