NUMBERS OF ILLEGAL IMMIGRANT IN MALAYSIA


SHAH ALAM: A total of 47,092 illegal immigrants, including 885 children between a day and 12 years old, were detained by the Immigration Department throughout 2017.

Its director-general, Datuk Seri Mustafar Ali said the arrests were made following checks on 188,884 foreign migrants in 16,208 operations conducted across the country.

“Of the 47,092 nabbed, 33,079 were men and there were 13,128 women. The children who were detained had been brought into this country by their parents who were also illegals, while a number of the children were born here.

“From the humanitarian aspect, we were sensitive to their situation but we must be stern in enforcing the law. That is why we often discuss with the concerned parties including non-governmental organisations on the best way to manage the illegals and their children held at the detention.

He said of the 47,092 illegals detained, 23,898 were rounded up in 8,852 ‘Mega’ operations for committing the offence of not registering themselves for the E-Card (enforcement card), of which the registration period ended on June 30, 2017.

He noted that 1,257 employers were also arrested in 2017 for hiring and harboring illegals, and out of this number, 80 per cent had been charged while the other 20 per cent were in the process of being charged.

“In Selangor, for instance, the employers detained had been aptly punished with imprisonment and a fine. In fact, in one such case in this state, an employer was also sentenced to one whipping for still hiring and harbouring 15 illegals.

“That’s why we always remind employers not to wait until they get a stroke of the cane,” he said. 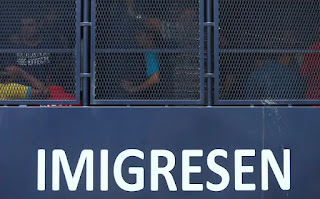 Mustafar said the Immigration Department would continue to intensify operations to curb the influx of illegals into the country and would not compromise with any party in order to safeguard the security and sovereignty of the country, as well as to prevent the spread of diseases which could be brought in by illegals.

The majority of African emigrants to Malaysia are from southern and eastern Africa. Most come as students, businessmen and tourists while some are illegal residents in the country.Immigration of Africans to Malaysia and other Asian countries has become increasingly common due to tighter restrictions on immigration in Europe. Many of them also come to Malaysia for "medical tourism" due to a much cheaper cost than in Europe. 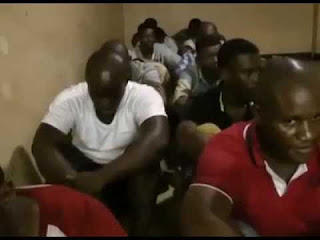 A total of 45,499 illegal immigrants were arrested by the Immigration Department between Jan 1 and Dec 6.2018

1,323 errant employers were detained for hiring or protecting illegal immigrants and the majority of them had been charged in court.

My hope is that the recently concluded 2018 Immigration Day Celebrations would also see a relaxation in the hearts and minds of the Immigration Department and Home Affairs Ministry. So that the new year of 2019 starts on afresh page. 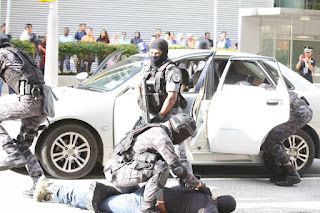