Perlis govt has no say in sacking of 25 imams, says Exco

Perlis govt has no say in sacking of 25 imams, says Exco 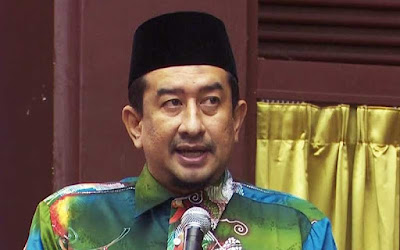 KANGAR: The dismissal of 25 imams and the transfer of 10 others were carried out by the Perlis Islamic Religious and Malay Customs Council (MAIPs), State Islamic Religious Committee Chairman, Ruzaini Rais said.
He said the matter was “beyond the powers” of the state government.
The state government was also not informed of the matter as it was MAIPs business, he added.
“I hope all the imams concerned will remain calm and not take action which could tarnish their good name.
“I hear that those who are dissatisfied will picket in several mosques after the Friday prayers tomorrow,” he told Bernama when contacted today.
Ruzaini urged the imams concerned to “think many times” before taking any action out of respect for the Raja Muda of Perlis, Tuanku Syed Faizuddin Putra Jamalullail who is the president of MAIPs.
Posted by Sabi sabi at 6:53 PM