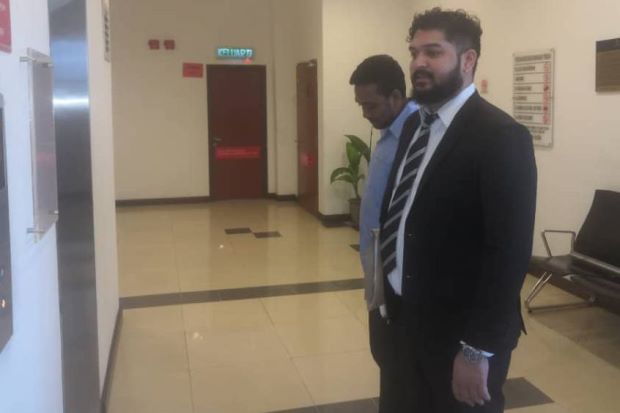 SHAH ALAM: A 30-year-old man was charged under Section 4(1)(b) of the Anti-Money Laundering, Anti-Terrorism Financing and Proceeds of Unlawful Activities Act 2001 at the Sessions Court here Thursday (Feb 21).
Vinoad Sadasivam, who owns a printing company, was accused of laundering RM229,000 last year.
He allegedly transferred RM85,000 in two transactions from his company's CIMB Bank Bhd account into the CIMB Islamic Bank Bhd account belonging to a 35-year-old woman on Feb 12, 2018.
He was also charged with transferring RM144,000 from the same company account into the Hong Leong Islamic Bank Bhd joint account of a couple in their 50s on the same day.
He claimed trial to both charges, which were read before judge Yang Zaimey Yang Ghazali.
If found guilty, Vinoad faces a jail term up to 15 years and a fine not less than five time the amount involved.
The judge fixed the hearing for April 16, 19 and 26, 2019.
DPP Syafinas Shabudin will prosecute while counsel Vemal Arasan will defend the accused.