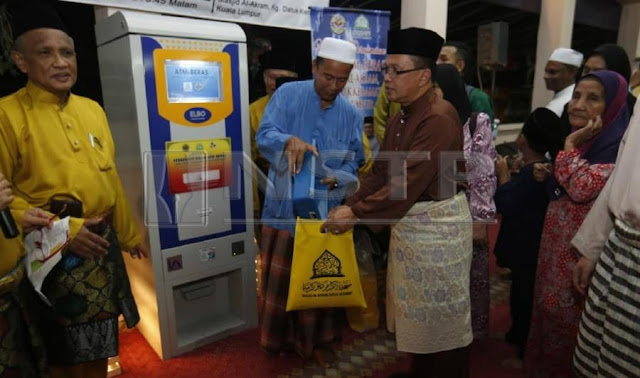 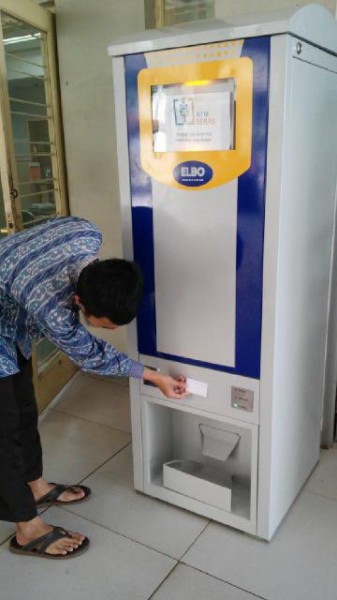 Jawi director Mohd Ajib Ismail said the proposal to install the ATM machines at the mosques concerned would be discussed at a conference between the Federal Territory Mosque committees next month.

“The first rice ATM machine was installed at Al-Akram Mosque, Datuk Keramat tonight,” he told reporters after launching the machine at the mosque here.

The ATM machine, costing RM19,000, is the first in the country and has two functions, namely to give out rice supply in desired quantity and has a donation box to receive funds from the public.

“Corporate bodies with budget for corporate social responsibility (CSR) are welcome to become strategic partners of mosques and Jawi,” he added.

At the event, 10 asnaf in the Datuk Keramat area received smart card for the ATM machines which qualify them to receive free rice supply of two kilogrammes a week. - Bernama 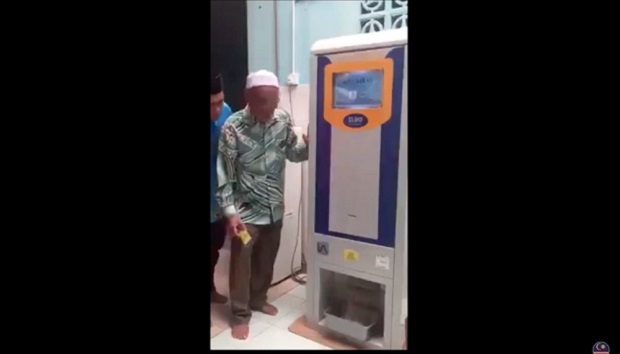 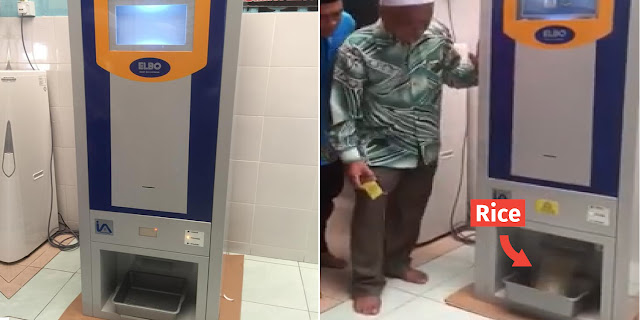 Cred- Straitstimes
Posted by Sabi sabi at 4:32 AM