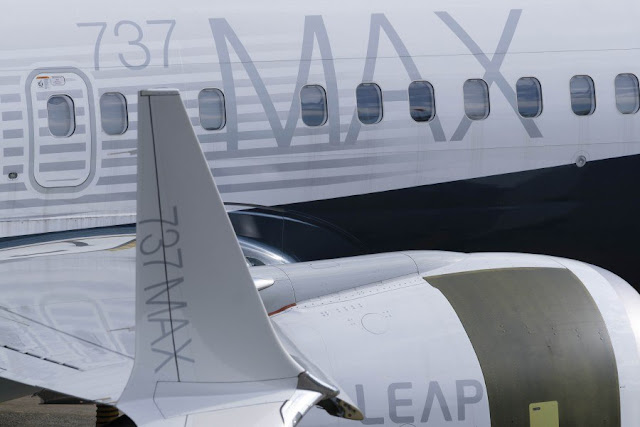 (File pix) A 737 MAX airplane is pictured on he tarmac with its signature winglet and fuel efficient engines outside the company's factory on March 11, 2019 in Renton, Washington. AFP


KUALA LUMPUR: The Civil Aviation Authority of Malaysia (CAAM) announced the suspension of Boeing 737 MAX 8 operations flying to or from Malaysia and transiting in Malaysia until further notice.

Its chief executive officer Ahmad Nizar Zolfakar said the announcement was made in reference to two fatal aircraft accidents involving the Boeing 737 MAX 8 in less than five months.

“For Malaysia, we clarify that none of the Malaysian carriers operate the Boeing 737 MAX 8,” he said.

The move comes in the wake of a fatal crash involving a brand new Ethiopian Airlines Boeing 737 MAX 8 en route to Nairobi, Kenya, which crashed minutes after taking off from Addis Ababa, killing all 157 people on board Sunday morning.

Victims were from 35 countries. The incident was the second tragedy involving a Boeing plane in less than five months, following the one involving a Lion Air flight that crashed over the Java Sea in October, killing 189 people.
CAAM’s move echoed that of the Civil Aviation Authority of Singapore (CAAS), which earlier today temporarily suspended the operations of all variants of the Boeing 737 MAX flying into and out of the republic.

According to reports, Cayman Islands’ flag carrier, Cayman Airways, had also halted the use of the aircraft for its operations.

Boeing chief executive officer Dennis Muilenburg had said the tragedy had affected the entire aerospace industry.
“We extend our deepest sympathies to the families and loved ones of the passengers and crew on board.

Our teams are fully supporting our customer and the investigation and providing technical assistance at the request and under the direction of the US National Transportation Safety Board and Ethiopian authorities,” he said in a message to employees, yesterday.

Although it was challenging coming only months after the loss of Lion Air Flight 610, he encouraged Boeing to stay focused on delivering aircraft for customers.

Muilenburg said Boeing’s objective is to ensure its teams are centred on its priorities, including safety, quality and stability, while further strengthening the support to its 737 team and ongoing production operations and customer service.

To date, Boeing has delivered more than 370 units of the 737 MAX airplanes to 47 customers globally.
Since its certification and entry into service, the MAX family has completed hundreds of thousands of flights safely.

“We are confident in the safety of the 737 MAX and in the work of the men and women who designed and built it.


Cred-straittimes
Posted by Sabi sabi at 8:42 AM