Malaysia to keep death penalty, but no longer mandatory

Malaysia to keep death penalty, but no longer mandatory 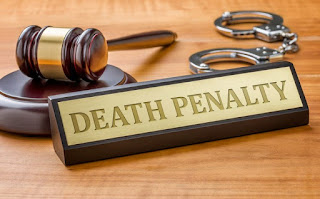 KUALA LUMPUR: Malaysia has rowed back on an earlier plan to completely repeal the death penalty, saying that while the government will abolish mandatory capital punishment, it will leave it for courts to decide whether a person convicted of a serious crime will hang.

These offences include committing acts of terrorism, murder and hostage-taking.

“We have made a decision. The government will only repeal the mandatory death penalty.

We will make the amendments,” said Mohamed Hanipa.
“This is in keeping with the 27th pledge in the Pakatan Harapan (election) manifesto.”

To a supplementary question on whether there are plans to set up a parliamentary select committee to discuss the repeal of the death penalty before tabling the amendment Bill, Mohamed Hanipa said he would forward the suggestion to the government.