Let’s do away with insignificant public holidays

Good Friday, Christmas and Chinese New Year are of no significance to those of other faith or race. 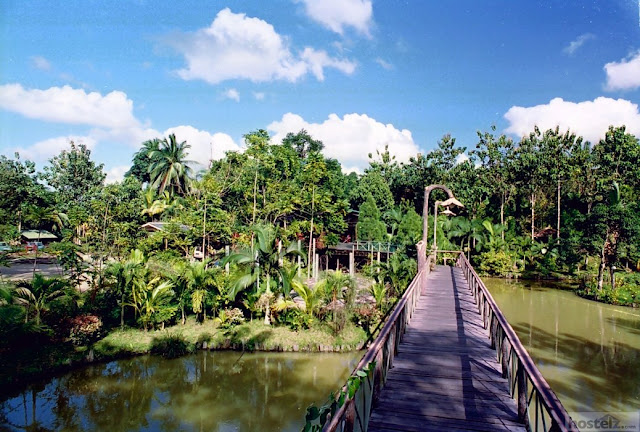 COMMENT | This is an issue which I have taken up in the past. Talking about too many public holidays may seem a trivial matter but it isn’t.
If you look at it holistically, it becomes an issue which cannot be ignored nor brushed aside in a nonchalant manner.
It is said that Malaysia has the most number of public holidays in the world. If this is verified (which I believe is not way off), it is not exactly something to be proud of.
It is a serious issue which warrants a thorough study and review by the government, the sooner the better.
In 2010, there are a total of 48 national and regional public holidays, according to the official almanac. These are gazetted by Putrajaya or the respective state governments, meaning it is mandatory to observe them.
Examples of regional holidays are Isra and Miraj on March 22 in Kedah, Negri Sembilan and Perlis, Declaration of Malacca as a historical city on April 15 in Malacca and Georgetown Heritage Day on July 7 in Penang.
Sabahans and Sarawakians will enjoy an additional long weekend holiday from May 31 to June 2 because of the Harvest Festival celebrated by the native communities.
Come next year, as is the case in almost every year, there will not be a single month without a national or regional holiday. Somehow, somewhere, Malaysians will be observing a holiday.
It seems that we, Malaysians, just love public holidays.
But talk to any businessman and he will surely be sighing that having too many public holidays is an extravagant practice that could become a big issue in economic management.
Why did I decide to pen my thoughts on this public holiday issue again?
It was prompted by the announcement two days ago by Sabah Chief Minister Mohd Shafie Apdal that Dec 24 has been declared an additional public holiday in conjunction with Christmas, starting this year.
“I hope the additional holiday would benefit those celebrating the occasion. It will also enable those celebrating Christmas to return home earlier,” he said.
Upon receiving this report in a chat group, I responded: “What? Another public holiday! An extra Christmas holiday in Sabah. This is absurd and unnecessary.
“Even as a Christian, I do not support such a declaration of an additional public holiday over Christmas. I have written about this matter in the past - there are already too many public holidays in this country. We can surely do without another one.
“Sabah CM Shafie Apdal is probably using the public holiday as a feel-good factor for Sabah Christians ahead of the Kimanis by-election. This can be likened to an abuse of power by the chief minister.
“I don’t recall Shafie declaring Dec 24 as an additional public holiday last year. I’m concerned about the underlying political motive to suddenly do so this year.
“I do not condone this perceived abuse of power by the Sabah CM, even though it is just a matter of a public holiday.
“When it is wrong, it is wrong!”
As a Christian, I should be happy for my fellow Christians in Sabah that they have an extra day off from work to enjoy Christmas.
Of course, I am glad that the Sabah government has decided to accord Christmas as an important religious occasion worthy of an additional holiday. My key question – is that so vital and necessary?
Making sacrifices
I will not enter into a serious discourse on this issue purely on the viewpoint of a Christian. It will be a biased opinion if I were to do so.
Apart from my suspicion of Shafie Apdal’s motive in view of the impending Kimanis by-election in Sabah, my concern stays on “too many unnecessary public holidays”.
My point is this. As a Christian, if I am prepared to forgo public holidays on an important date related to my religion, will those of other faith do likewise?
There are just too many religious occasions in a year cycle which are considered sacred and important in our respective faiths.
Religious holidays take up a chunk of the gazetted national holidays with cultural festivals in second place.
We have to take steps to reduce the number of such national holidays, many I deem insignificant, for the sake of our nation’s economic growth and the welfare of our workers.
How?
Firstly, can we all agree to a maximum of two of the most important religious occasions and one cultural festival in a calendar year to be observed as national public holidays?
For example, as a Catholic and a Chinese, I will be very happy if Good Friday and the first day of Chinese New Year are national holidays. I am prepared to forgo even Christmas.
Good Friday, Christmas and Chinese New Year are of no significance to those of other faith or race. Similarly, the sacred religious occasions of Muslims, Hindus or Buddhists hold little meaning for me.
So why should I be observing an occasion which is of little or no significance to me? Thus, it makes sense for me to be at work.
Let us not forget that most of us, whether in the public or private sector, are also entitled to annual leave of between 11 to 21 days. We should make use of our leave if we need to take an extended holiday.


This is a sacrifice which we, as citizens, will have to make if we earnestly wish to see our nation progress and prosper.
Also, if we are genuine, faithful souls who abide by our religious teachings, we must surely be exhorted too by the Almighty to live with the spirit of give-and-take and make sacrifices for our fellow citizens in the greater interests of the country.
If I were a Sabahan, I will be telling Shafie Apdal this today: “I don’t think we need an additional public holiday, sir. Workers are more interested in how to improve their income with better wages than public holidays”.
The views expressed here are those of the author/contributor and do not necessarily represent the views of Malaysiakini.