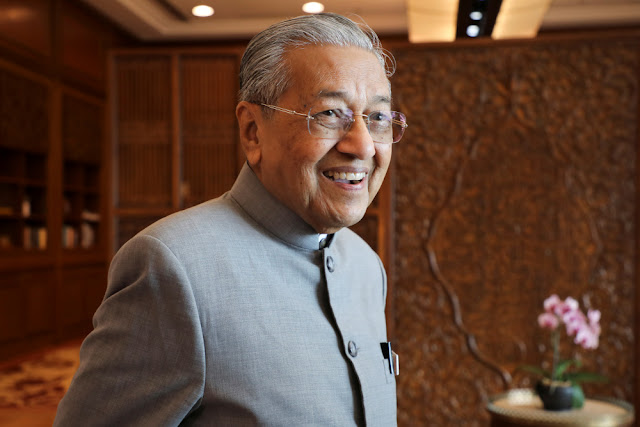 Prime Minister Tun Dr Mahathir Mohamad said Malaysia had a long track record of being a peaceful nation, in which people from different races and religions live harmoniously with each other since gaining its independence.


KUALA LUMPUR: While Malaysia will never claim to be the perfect Muslim nation, its history of having peoples of different religions and cultures live in harmony is one it can take pride in.
Prime Minister Tun Dr Mahathir Mohamad said Malaysia had a long track record of being a peaceful nation, in which people from different races and religions live harmoniously with each other since gaining its independence.
“While the majority of Malaysians are Muslims, we have a substantial minority who are from different faiths, cultures, customs and ways of life.
“We will never claim to be the perfect Muslim (nation) or the model of a good Muslim nation, but we can attest that we have been able to live with our non-Muslim citizens in peace and harmony for decades.
And, this tradition has existed since our independence,” said Dr Mahathir at the welcoming dinner hosted for delegates of the Kuala Lumpur Summit 2019, here, this evening.
The opening and launch ceremony of the summit will be graced by Yang di-Pertuan Agong Al-Sultan Abdullah Ri’ayatuddin Al-Mustafa Billah Shah tomorrow.
Dr Mahathir said although there had been minor racial and religious conflicts in the country, such incidents were rare and insignificant.
“To our mind, that is what Islam enjoins us to do – to live peacefully with our non-Muslim citizens and work together to build a nation that is prosperous, peaceful and harmonious.
“We share the bounty and Alhamdulillah (praise God) it has been bountiful,” he said.
On the summit, Dr Mahathir said the event would serve as a platform for delegates to discuss and deliberate on the state of affairs related to the Muslim ummah (community).
“We have endeavoured to hold this summit because we feel that we have to do something to improve the lives of Muslims the world over.
“We feel that we need to overcome Islamophobia.
“We need to find a way to address our shortcomings, our dependency on non-Muslims to protect ourselves against the enemies of Islam,” he said.
Malaysia, said Dr Mahathir, hoped that the summit would result in the formulation of initiatives that could be the catalyst to bigger things for Muslim countries around the world.

Cred-straitimes
Posted by Sabi sabi at 7:43 AM