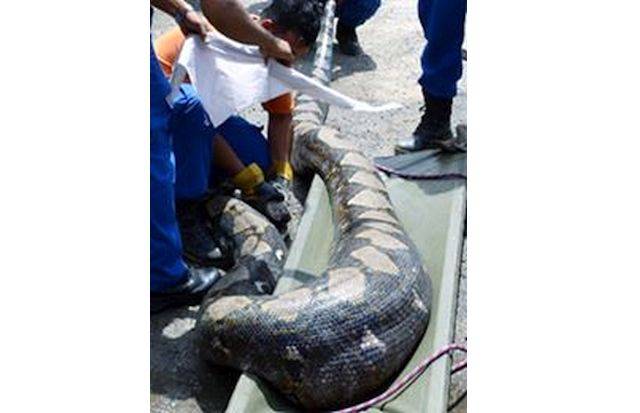 Mersing district APM officer, Captain (PA) Nurnajibah Abdullah, said the department received a call from the public at 11.42pm on the discovery of the reptile.

He said upon arrival, they found the snake, which had just swallowed the complainant's chicken, on the roof of a goat pen.

"Three APM personnel took about 20 minutes to catch the snake which had wrapped itself around the wooden pillar of the pen.

"The snake is currently at the APM district operations control centre and will be handed over to the Wildlife Department for further action, ” he told Bernama on Thursday (Jan 2