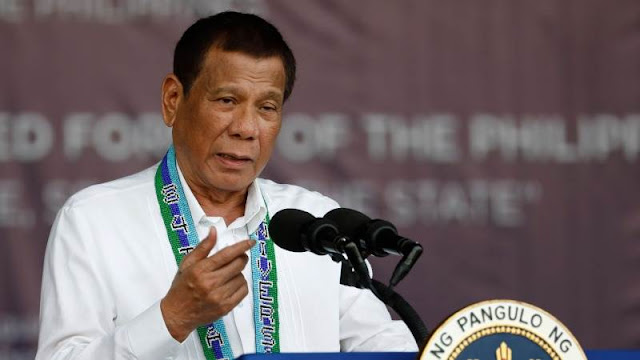 Presidential spokesperson Salvador Panelo confirmed yesterday that Duterte had banned Senator Edward Markey of Massachusetts for calling for the release of Sen Leila de Lima, and for supporting the entry ban to the United States of Filipino officials believed to have had a hand in her detention.


Yes, same reason for banning Durbin and Leahy. Truth be told, we do not have to state any ground to ban a foreign national entry in the Philippines.
“That is an exercise of sovereign right, ” Panelo told Inquirer.net in a text message.

Duterte had earlier ordered the Bureau of Immigration to deny US Senators Dick Durbin and Patrick Leahy entry to the Philippines for pushing for the ban of Filipino officials who were allegedly behind de Lima’s detention.

De Lima has been detained at the custodial centre of the Philippine National Police in Quezon City since 2017 due to alleged drug charges.

In December, President Donald Trump signed into law the US government’s US$1.4 trillion (RM5.7 trillion) 2020 budget, which included a provision allowing US Secretary of State Mike Pompeo to bar Philippine officials from entering the United States if he had “credible information” that they were involved in the “wrongful imprisonment” of De Lima.

If the United States enforced the ban, Panelo said the Philippines would require Americans to secure visas before entering the country. — Philippine Daily Inquirer/ANN.

Email ThisBlogThis!Share to TwitterShare to FacebookShare to Pinterest
Labels: ASIA