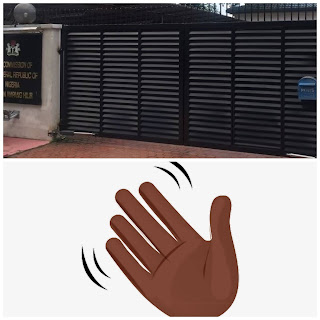 KUALA LUMPUR: The Nigerian High Commission has called for justice for a Nigerian national who was allegedly gang raped on June 4.
It is appealing to Malaysian authorities to prosecute the case before dealing with the 30-year-old woman’s immigration status.
She is under investigation over the validity of her visa and is currently detained.


A spokesman for the high commission told FMT the alleged rape had left her with physical and psychological injuries.
“There is a need for reparation and punishment for the injustice,” he said.
Four men have been arrested in connection with the alleged rape and Kuala Lumpur police said they were looking for three other suspects.
The embassy spokesman said a consular officer had visited the police station handling the case and had spoken to the woman and the investigating officer.
He said it was possible that she was a victim of human trafficking or some other form of transnational organised crime.
The high commission was collecting information about the case and would submit a note verbale to Malaysia’s ministry of foreign affairs, he said.
“We intend to do that by the end of the week,” the spokesman added.

credit-Newswav.com
Posted by Sabi sabi at 11:20 PM No comments: 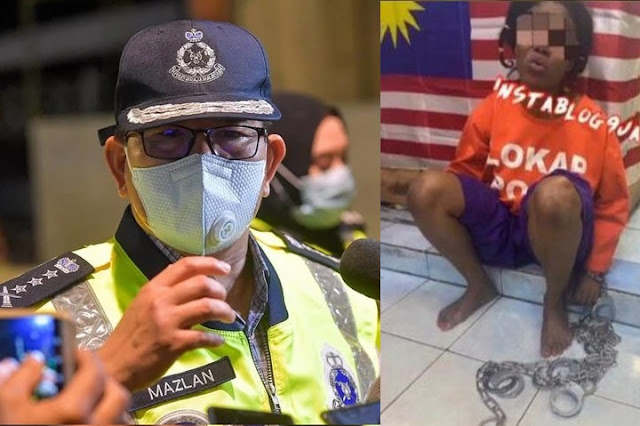 A local man who was previously arrested over the suspected assault of a Nigerian woman has been arrested again, this time over an allegation that he raped the victim. The 44-year-old man, along with two other male suspects, were detained on June 4 over the assault allegation but released on June 9 on police bail after the application for remand extension was denied.

However, Kuala Lumpur police chief Datuk Seri Mazlan Lazim said that acting on the second report lodged by the 30-year-old victim, one of the suspects was re-arrested and remanded for six days until Friday to assist with the investigation under Section 376 of the Penal Code. He said police were also actively tracking down three other male suspects in the case, but did not clarify whether any of them had been previously detained..

On June 9, after giving a statement pertaining to the case, the woman had lodged a police report on the alleged rape that took place on the same day she was assaulted. “Initially, the victim did not want to lodge a report over the rape incident and refused to be examined at the hospital. However, she decided to lodge the second police report after being admitted at the Kuala Lumpur Hospital (HKL) for three days and after being advised by the police,” he said in a statement.

Recently there was claim that went viral on social media accusing the police of arresting the victim but releasing several suspects who had allegedly raped her. Mazlan explained that the Nigerian woman was actually arrested on June 10, for not having a valid travel document under Section 6 (1) © of the Immigration Act 1959/63 and is currently being held in the Kajang Prison.
“The woman has been placed in the Kajang Prison until the investigation into the rape case is completed.
The public is urged not to spread any false information and always to verify any information received first,” he said

Credit- 9news.ng
Posted by Sabi sabi at 6:21 PM No comments: 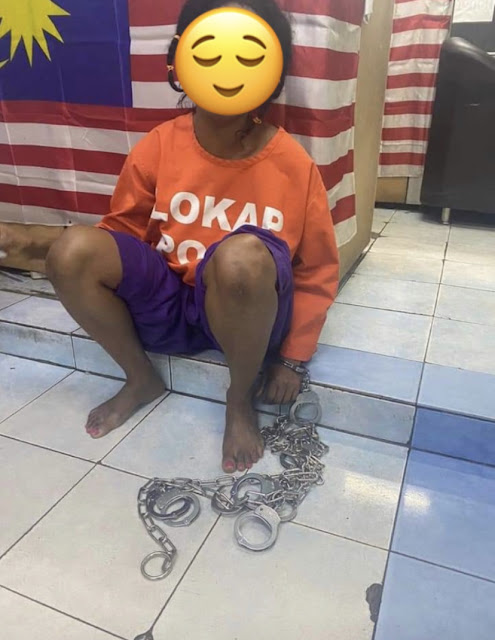 Kuala Lumpur - A young Nigerian girl by name Nicole was allegedly raped by some Chinese guys, and she is to be arraign in court for not having visa by trying to cover up the rape meted on her.

The Full Story Being Narrated by The Girl (betty nyore)

The girl met with the Chinese guy in a place called Changkat in Kuala Lumpur, Malaysia. The Chinese guy showed interest on her and ask her out, he took the girl (Nicole) to an hotel which happens to be one among many of the Chinese guy's father's hotels. On knowing to the girl, when they got to the hotel, the Chinese guy had arranged with some other of his friends who were equally at the hotel premises, the girl was said to be beaten up and forcefully ganged raped, they took her from that hotel to another location, where they called some of their friends to come to the car park area, new set of friends to the Chinese guy raped her again two people at the same time without using any protection.

They took photo of video of the girl naked without their own faces and threatened her that they will post it on their Facebook should she disclose the ordeal, the girl pleaded with them not to do so, from that point she was being held hostage after several hours of rape, she said at this point, she started shouting loud, so one girl inside the house they carried her to, she opened the door and told her to run away. So she came out and went to inform security at the apartment, she ask the securities to call police because she was beaten and raped, they took her to the station where she lodged report of rape, the police went to arrest the four Chinese guys and lock them up for five days and later released them on bail due to the father of one of the Chinese boys is an influential man who is said to have lot's of hotels in Malaysia. It was also gathered that the hotel where the girl was first raped actually belong to the father of one of the guys.

After releasing the four Chinese guys, the girl (victim) is now being held for days in police custody for not having legal document. She will be arraigned 18th June, 2020 in Jalan Duta Court tomorrow Thursday morning in Kuala Lumpur, Malaysia where she will likely be remanded in prison, then they will deport her after sometime in prison, and cover up the injustice done to her.

The Nigerian communities in Malaysia and other various groups has being raising and joining their voices together to stand up for a fellow Nigerian. The Nigerian High Commission official attention has also being drawn, while hoping they might stand up for it citizen to get justice for rape case to be mentioned in court tomorrow instead of only case for visa. 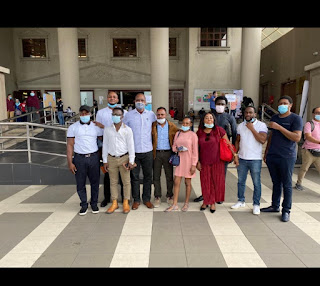 Attention and voices of Nigerians in Nigeria and other countries, those in places of authority, anti-rape organizations, stand up for women, girl child and human rights body, this is voice from the wilderness crying for help, before they jail this young Nigerian girl, all hands should be on deck to give her justice

#newselite
#SAYNOTORAPE
Posted by Sabi sabi at 9:01 PM No comments:

30 Malaysians including 10 Sarawakians stranded in Nigeria

A total of 31 Malaysians including 10 Sarawakians involved in the oil and gas industry are stranded in Victoria Island, Lagos, Nigeria and one Sarawakian among them is sending out a desperate SOS through social media.

According to the Sarawakian from Kuching, Malcolm Goh, in his Facebook post on June 2 at 9.53pm, seeking assistance through social media was his last resort to seek repatriation from Lagos. He asks whoever coming across his posting to share the message, with the hope that it will catch the attention of someone who can help.

Goh’s message caught the attention of Local Government and Housing Minister Datuk Seri Dr Sim Kui Hian, who has intervened by requesting Putrajaya for an evacuation flight for these stranded Malaysians.

According to Dr Sim, arrangements were made for the 30 Malaysians to board a flight on May 31 but the attempt failed as Malaysia High Commission in Nigeria has yet to obtain approval from the Nigeria government for the evacuation flight.

As of 3.56pm today, Putrajaya and Malaysia High Commission in Nigeria in Abuja are still waiting for the approval of the Nigeria government on the chartered flight.

Goh in his social media message said they have been stranded in Lagos due to the closure of Lagos Airport. Most of them have been there for months and are hoping that the Malaysian government may charter a flight to bring them back to Malaysia – the only way they can leave the country and return home.

“I have been stranded in Lagos for two months and I really need to go home right now. I have been working here since the start of February and totalling of days of four months.

“With me is another 30 pax of Malaysians wanting to return home. Some (have) even been here since December and have no other means or way to return home,” said Goh.

He said the Malaysian group had contacted Malaysia High Commission in Abuja for help but the efforts were not fruitful as due to the closure of Lagos Airport.

“The only means of transport is via chartered flight,” said Goh.

As time passed, Goh and other Malaysians watched other nationalities like China, Egypt, UK, Brazil, India been flown out of Nigeria. Goh also noticed that Malaysians in other parts of the world were being repatriated and returned home via Malaysian government chartered flight except them.

Frustrated, Goh said if other Malaysians in other parts of the world could go home, he believed they could too.

“We are not seeking for a sponsored flight. We are all willing payer and really willing to pay a (not substantial but acceptable) more-than-usual flight rate.

“We just wish Wisma Putra can prioritize the evacuation of Malaysian in Nigeria. Cases in Nigeria has been over 10,000 in two months’ time and we don’t know when the airport is going to open.

“It’s really heart broken to be away from family during this pandemic and our only wish is to be with our family,” said Goh.


Cred-dayakdaily.com
Posted by Sabi sabi at 5:04 AM No comments: