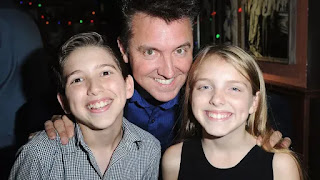 Kid magicians Kadan and Brooklyn Rockett, ages 15 and 13 respectively, who made it to the semifinals of America's Got Talent in 2016, were arrested by police in Louisiana last week. The arrest stems from a custody battle between their parents. According to TMZ, the teenage siblings were with their father when authorities were called in to return them to their mother in Utah after a Missouri judge ordered the handoff. The young Rocketts refused to go and in response, per the New York Post, the pair was cuffed, strip searched, and placed in separate jail cells for the night at a juvenile detention center.
It all stems a 2019 court order that requires Kadan and Brooklyn to split their time with both their parents. However, the kids have been living with their dad in California and don't want to see their mom. In a video of the arrest on TMZ, the children plead they are afraid of their mom, but police had paperwork from the judge and say they didn't have a choice. As they put the teens in handcuffs and read them their Miranda rights, Brooklyn sobs.

The Rocketts were in Louisiana for their grandmother'suneral, which is how their mom knew where to send the police to retrieve them. She and their dad divorced back in 2009 but the custody issues have lasted since then. It's also not the kids' first time behind bars. A police report from Missourifrom last year shows they've accused a judge of illegally locking them up in courthouse holding cells after another custody hearing.

After his release from jail a few days ago, Kadan posted a photo with his sister and dad at the lockup, captioning it, "I’m going to write a book one day. Maybe even do a Lifetime movie."

No word on what the kids were charged with, if anything, but apparently nothing will appear on their permanent record.

Meanwhile, a concerned neighbor has set up a Go Fund Me for the kids.